Newly revised! A gritty thriller in a nightmare America where human parts are worth more than the whole.

The big market used to be in livestock. But now it's human body parts. People can mortgage their own bodies to organ transplant companies, but it's a gristly end when they can't pay up.

Gregory Blake is a private investigator in this savage city. His first mistake is to take on a client whose body is marked for foreclosure. His second is to try to find out why the most powerful forces in town are in such a hurry to repossess. Blake thinks he knows all there is to know about the underworld. But never did he expect to be lost in the corporate corridors of perverse power--in the hell that future America has become...

"Body Mortgage" was a real treat. After having read a string of very bad science fiction ARC's, I was looking for something to get my pulse pounding and drag me into an exciting possible future world. Richard Engling's book does it. He takes the violent, corrupt world of Chicago policing, big business and politics and slams them into a world where hallucinatory, mind altering drugs are used as crowd control by the authorities, and your organs are legal collateral for loans.

Somebody is making sure people are not able to pay back their loans on time.

I hope Engling writes another novel about this Chicago.

Heather Warner rated it on GoodReads.com:

If you like a noir, hard-boiled detective,sci-fi futuristic dystopian story.....you will love this book! Very creative story (people mortgage their bodies for loans), lots of action, fun characters, interesting setting (future criminally run Chicago) & humor.....what more do you need?! I thought this book looked interesting when I ordered it and I was not disappointed-I really enjoyed it! Strong recommendation if you like crime combined with science fiction!!

Marissa rated it on GoodReads.com:

In a world where one's body can be used as collateral for a mortgage. In this thriller we see the abuse of the system when things go out of hand. A private eye who tries to prevent a client when they cannot pay as their organs becomes the target of the wealthy. Soon he too will become a target in this game.

An interesting read for the most part.

Kathy Stibal rated it on GoodReads.com:

Good book if you like futuristic thrillers. Plot keeps you jumping from page to page to see what's going to happen next. Good ending that leaves opening for future books.

Samantha rated it on GoodReads.com:

For some strange reason after years this book still is in the back of my mind.

Jeannette rated it on Amazon.com: 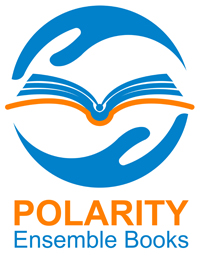