A Japanese typist, suspected in the disappearance of his wife, confesses he is actually a Pittsburgh, PA car salesmen living inside the typist's body. Illicit affairs, murder on the English countryside, phantom plane crashes, a body swapping tourist trade, and a hooker with a pilot's license all contribute to a surreal mash up of mystery, horror and high comedy.

Feeding on Japanese novelists such as Kobo Abe, Spanish mysteries such as Arturo Perez-Reverte's The Nautical Chart, American Noir, and the midnight shows of Chicago theater, Callahan decided to create a peculiar kind of experience. "I wasn't really beholden to any conventions," he told us. "I wanted a something that was very malleable and memorable." 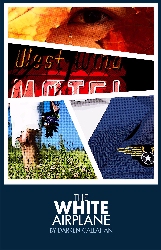